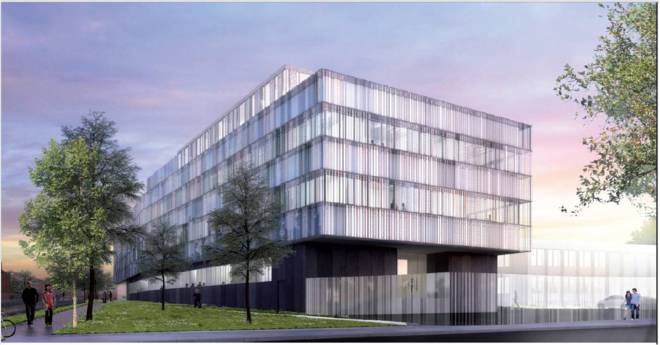 Click here for a Video of the HUB's construction

September 26, 2022: Gave a talk at Na-Ion Symposium in Berlin, on NASICON electrodes

September 19, 2022 : Giving a talk on NASICON electrodes at the E-MRS Meeting in Warsaw

December 14, 2021 : Kickoff of the DESTINY PhD Cofund Marie Curie Project (50 PhDs....) in Amiens as a joint event with the ALISTORE bi-annual Meeting

November 10, 2020: Theodosios FAMPRIKIS is now a "Docteur de l'Université de Picardie Jules Verne", Amiens, FRANCE. For his great work on solid electrolytes, in particular Na3PS4, in collaboration with Prof. S. ISLAM @ Univ. Bath, through an ALISTORE funding.  Thanks you THEO !!

August 30, 2020 : Paper accepted in J. Power Sources, a review on Na-Batteries, with Montse CASAS-CABANAS as leader of a great team of contributors.

May 29, 2020 : Omer Ulas KUDU is now a "Docteur de L'Université de Picardie Jules Verne", Amiens, FRANCE. For his great work on solid electrolytes within the Li2S-P2S5 system, in collaboration with SOLVAY.  Thank you ULAS !!

February 3, 2020 : The EU informs me that they accepted our 8 Million Euros Marie Curie COFUND project, DESTINY. 50 PhD projects to be granted to talented students witin the frames of the ALISTORE Network and the BATTERY 2030+ Initiative.

February 6 & 7, 2020 : The National Committee on Materials Science (CNU, Section 33) gathers in Montpellier to examine the files of candidates for "Qualifications" for Assistant-Professor and Full Professor positions in France.

December 10-11, 2019 : The 27th ALISTORE ERI Meeting was held in Barcelona, hosted by M.R. PALACIN. A special tribute to the Nobel Prize in Chemistry was given by Mike THACKERAY.

November 21, 2019 : Mathieu MORCRETTE, the head of LRCS, receives the "Médaille de Cristal" of the CNRS, a prestigious recognition for his achievements in Amiens

October 30, 2019 : The Crystal structure of a new polymorph of Na3PS4, discovered by Theo FAMPRIKIS, is published in ACS Materials Letters.

October 15-17, 2019 :  Around 120 people gather in Amiens for the RS2E Meeting. Lots of excellent science on many fronts of advanced battery and supercapacitor research.

Dec. 12th, 2017: ALISTORE Meeting in Amiens, FRANCE. New Direction elected with P. JOHANSSON, R. DOMINKO and myself as Directors. Thanks A LOT to R. PALACIN and P. SIMON for their leadership during the previous term.

February 5th, 2017: the LRCS moves to its new building, the HUB of the RS2E French Network on Electrochemical Energy Storage.

October 5th, 2016 : The Nobel Prize for Chesmistry is attributed to Jean-Pierre SAUVAGE from Strasbourg.

http://www.docteurs-chimie.fr/ is launched. There is in particular a very convenient Job section.