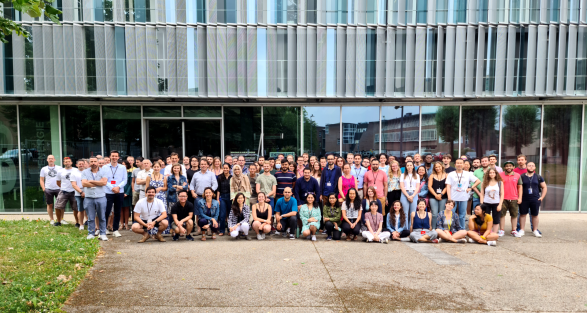 The LRCS team on July 2022 for its Summer Scientific Days. 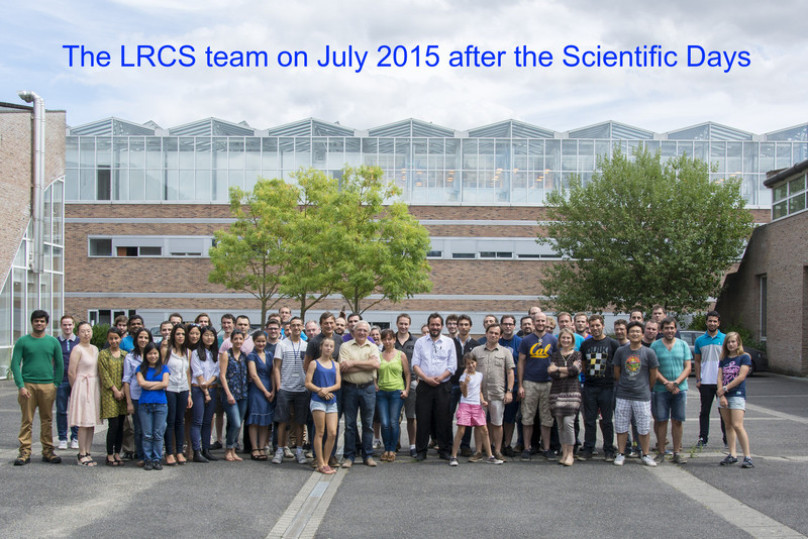 The LRCS team has moved on February 2017 within the NEW  HUB, the building of the French RS2E 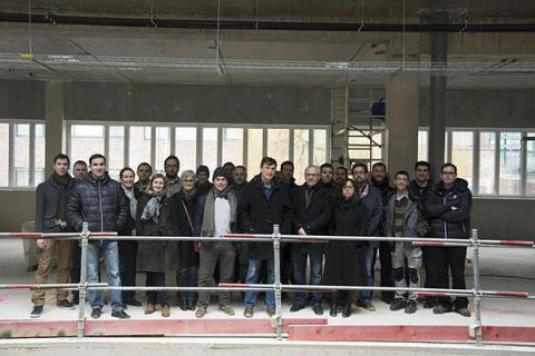 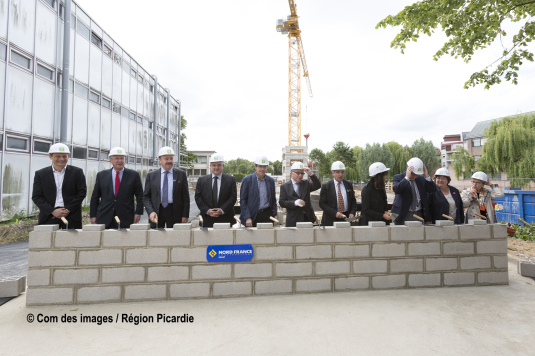 September 26, 2022: Gave a talk at Na-Ion Symposium in Berlin, on NASICON electrodes

September 19, 2022 : Giving a talk on NASICON electrodes at the E-MRS Meeting in Warsaw

December 14, 2021 : Kickoff of the DESTINY PhD Cofund Marie Curie Project (50 PhDs....) in Amiens as a joint event with the ALISTORE bi-annual Meeting

November 10, 2020: Theodosios FAMPRIKIS is now a "Docteur de l'Université de Picardie Jules Verne", Amiens, FRANCE. For his great work on solid electrolytes, in particular Na3PS4, in collaboration with Prof. S. ISLAM @ Univ. Bath, through an ALISTORE funding.  Thanks you THEO !!

August 30, 2020 : Paper accepted in J. Power Sources, a review on Na-Batteries, with Montse CASAS-CABANAS as leader of a great team of contributors.

May 29, 2020 : Omer Ulas KUDU is now a "Docteur de L'Université de Picardie Jules Verne", Amiens, FRANCE. For his great work on solid electrolytes within the Li2S-P2S5 system, in collaboration with SOLVAY.  Thank you ULAS !!

February 3, 2020 : The EU informs me that they accepted our 8 Million Euros Marie Curie COFUND project, DESTINY. 50 PhD projects to be granted to talented students witin the frames of the ALISTORE Network and the BATTERY 2030+ Initiative.

February 6 & 7, 2020 : The National Committee on Materials Science (CNU, Section 33) gathers in Montpellier to examine the files of candidates for "Qualifications" for Assistant-Professor and Full Professor positions in France.

December 10-11, 2019 : The 27th ALISTORE ERI Meeting was held in Barcelona, hosted by M.R. PALACIN. A special tribute to the Nobel Prize in Chemistry was given by Mike THACKERAY.

November 21, 2019 : Mathieu MORCRETTE, the head of LRCS, receives the "Médaille de Cristal" of the CNRS, a prestigious recognition for his achievements in Amiens

October 30, 2019 : The Crystal structure of a new polymorph of Na3PS4, discovered by Theo FAMPRIKIS, is published in ACS Materials Letters.

October 15-17, 2019 :  Around 120 people gather in Amiens for the RS2E Meeting. Lots of excellent science on many fronts of advanced battery and supercapacitor research.

Dec. 12th, 2017: ALISTORE Meeting in Amiens, FRANCE. New Direction elected with P. JOHANSSON, R. DOMINKO and myself as Directors. Thanks A LOT to R. PALACIN and P. SIMON for their leadership during the previous term.

February 5th, 2017: the LRCS moves to its new building, the HUB of the RS2E French Network on Electrochemical Energy Storage.

October 5th, 2016 : The Nobel Prize for Chesmistry is attributed to Jean-Pierre SAUVAGE from Strasbourg.

http://www.docteurs-chimie.fr/ is launched. There is in particular a very convenient Job section.